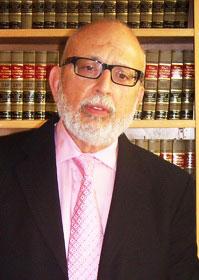 Dan Russo is a trial lawyer extraordinaire !  Dan Russo been lead counsel has over 200 jury trials.

Dan Russo is a Criminal Defense Specialist, certified by the State Bar of California Board of Legal Specialization for over 30 years.   Dan Russo has been a law school associate professor and a chapter reviewer for the leading criminal defense “bible” in California.

The range of cases for this trial veteran runs the gamut of serious felonies to will contests.  Probate attorneys and civil lawyers often hire Dan as the trial “hammer” when the case gets set for trial. The result is often a good settlement as the other side realizes that the trial expertly and aggressive pursued.

When Daniel Horowitz needed a civil trial lawyer for his personal case – he hired Dan Russo and within weeks the other side settled !

The “white collar” aspect of Dan Russo’s practice focuses on fraud charges, embezzlement, medical frauds and financial crimes more generally.  Many of these “financial crimes” are really money disputes where the corporation or insurance companies target executives or employees to cover up corporate abuse.   Dan Russo has no fear of the rich and powerful.  He relishes the fight ! Daniel handled my divorce back in 1991 and is a very understanding and caring person who took care of my needs with patience and understanding. He is one of a very few of that special breed. Wish to God there were more like him. Thanks Daniel. Related